German Language Test "DSH": "The abbreviation "DSH" stands for "Deutsche Sprachprüfung für den Hochschulzugang" - "German Language Test for the Admission of Foreign Study Applicants" (DSH). With this language examination in Duisburg - Essen and Düsseldorf, foreign students who have not taken the Abitur in Germany have to prove that they have sufficient German language skills to study at a German university or university of applied sciences.

The rule for taking the language examination for admission to higher education even applies to Germans who have not taken the Abitur in Germany. Many universities and universities of applied sciences throughout Germany offer DSH examinations for internal and external students several times a year.

Since 2014, there has been a basic framework at all universities according to which the examination must be carried out.

The overall result of the DSH is given in three levels (DSH 1 to DSH 3).

• DSH-1, if at least 57% of the requirements were fulfilled in both the written and the oral examination.

At level DSH 1 of the German Language Test, enrolment can be combined with attending further language courses and a new examination; without further requirements, it is usually sufficient only for enrolment in bilingual (e.g. English-German) study programmes. For the majority of study programmes at German-speaking universities, level DSH 2 of German Language Test is required; DSH 3 is only required for studies in human medicine or dentistry and for some other study programmes with increased language requirements.

In admission procedures, the levels are evaluated in analogy to the levels TDN-3 to TDN-5 of the TestDaF (Test Deutsch als Fremdsprache), which determine a language level between B2 and C2 according to CEFR.

Other equivalent degrees are:

• The German Language Diploma, Level II of the Standing Conference of the Ministers of Education and Cultural Affairs of the Länder in the Federal Republic of Germany

• The certificate of passing the Goethe-Institut's upper level examination

How each university organises and conducts the examination in detail can be read on the corresponding pages of the universities.

The examination is always subject to a fee. The universities recommend attending a preparatory course. 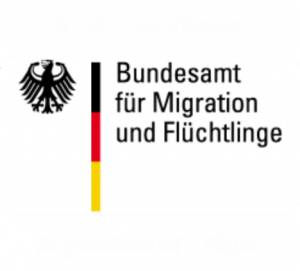 L.A.N.E.S is one of the largest telc testing providers in North Rhine-Westphalia, with more than 2000 participants every year. LANES conducts university entrance examinations several times a month at a total of 2 exam centres (Duisburg and Düsseldorf).

Don't you want to get an awesome offer and discounts along with some knowledge bites and other updates. Just Subscribe here. with your email Id.